Adventures in SEO is a course all about working hard for Pinterest traffic but
also about optimizing your content for Google (because Pinterest can only take you so far). This is hard to put in words, so I figured it was time I showed you an example of what's possible when you do this!

Today I have asked JoAnn Crohn of NoGuiltMom.com to share exactly what happened to her traffic and income after taking (and implementing) Adventures in SEO.

JoAnn's story is exactly what I was hoping my students would achieve, so let her show you what can happen with a little bit of intentional keyword optimization on both Google AND Pinterest.

You hear it everywhere in the blogging world.

Everyone says Pinterest is where the traffic is at:

I call malarky on that.

Way back in the day (and we’re talking two years ago) I thought that if I could just pin the right amount of times I could somehow make the Pinterest algorithm LOVE me and everything would be golden.

You know what?  It worked.

In February of 2016 my traffic spiked.

Things were going so well, that I stopped writing blog posts regularly.

But then, 3 months later… the numbers dropped.

I didn’t know what I had done wrong.  I obsessed over getting back into Pinterest’s good graces but I simply didn’t know how. I pouted for almost 2 years - no joke.

But… getting back in Pinterest’s good graces was impossible.  WHY?

Because I was never in it to begin with!

Pinterest simply changed the previous algorithm - which I had figured out a way to trick.

Tricking an algorithm is not a good business strategy. It does not bring real and sustainable growth.

Here’s how Lena explains it:

“I call it hedging my bets. Much like an investor hedges his investments in one company by "betting against" himself with another investment, I do the same with my traffic. I bet AGAINST Pinterest all the time. I do this by ALSO OPTIMIZING my content for other platforms. Usually, that's Google."

The upside is, while Google doesn’t bring fast traffic, oh man does it brings steady traffic.

I can give you an example of one of my own posts that I published at the end of March 2018 using Lena’s SEO strategies.  These are the stats of the post from March 1st - April 30th: 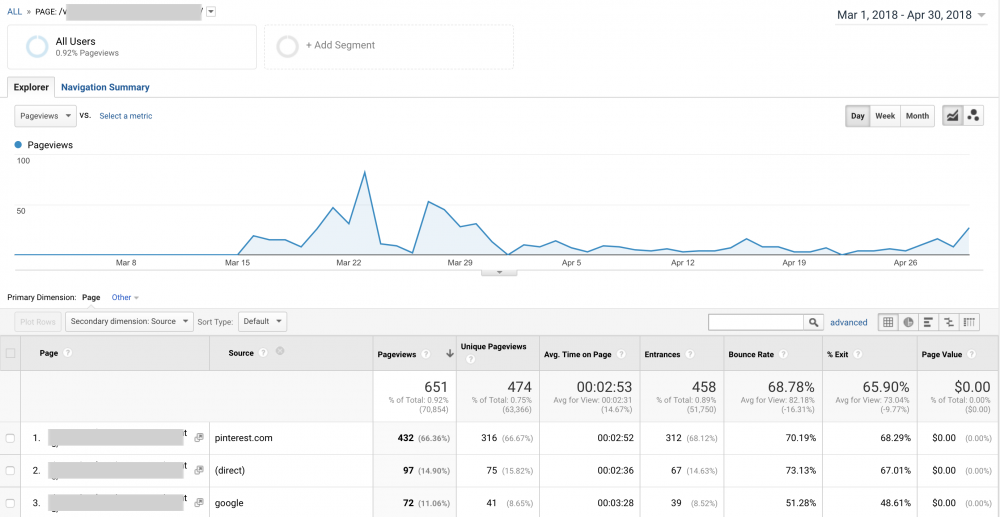 It got OK traffic from Pinterest.  Nothing too amazing. But then look what happened the next two months… 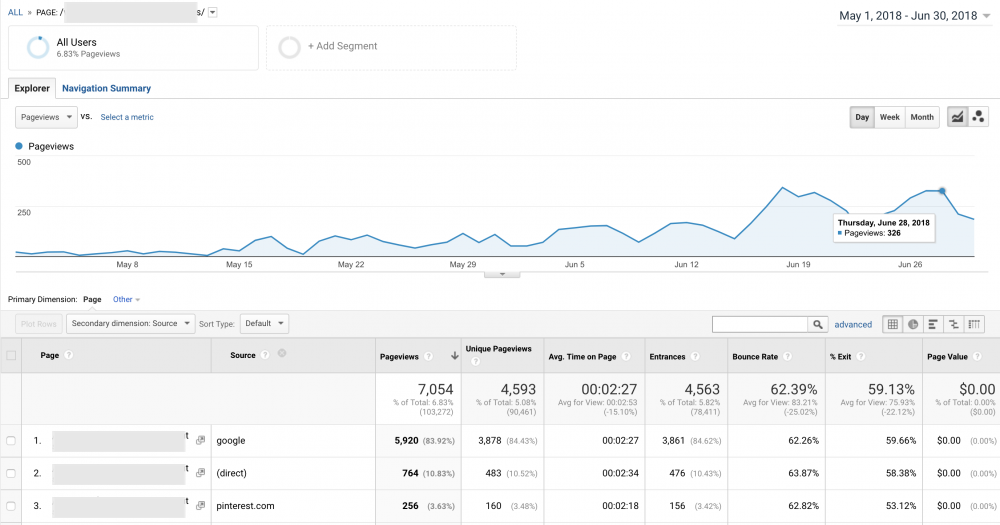 And YES, it is still going.

Here is the month of September 2018 for that ONE post: 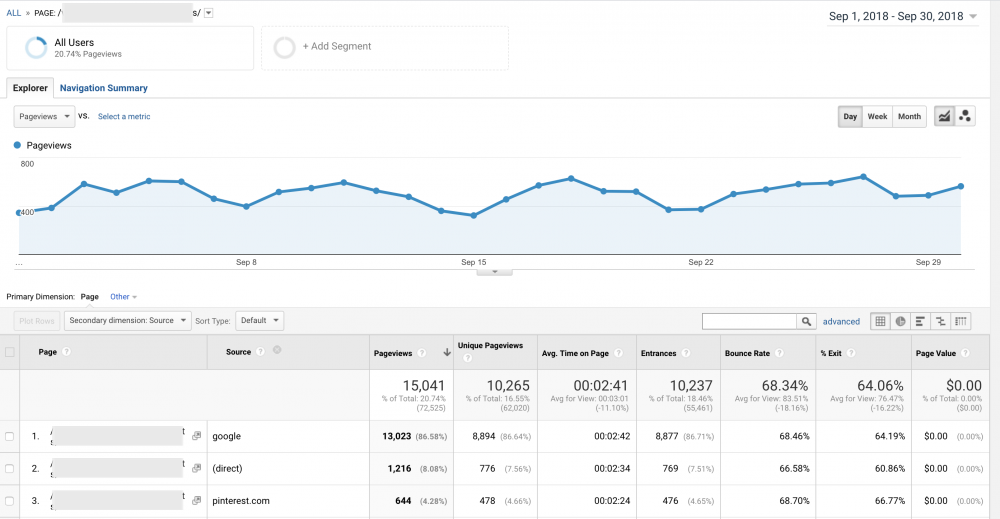 I still can barely believe it!!

For those that say the numbers don’t matter, you are wrong. Blogging is a numbers game. That was one of my issues too.

I didn’t know how big of an issue it was until my increase in pageviews greatly increased my income.

I’m not talking from sponsored posts (although the rate I charge has now increased), or products (even though sales from those have increased as well), or even affiliate sales (yep, up).

For the month of January, here’s my ads dashboard:

You can see that I earned $155 in ad revenue.  Not shabby as a passive income source, but I knew I could better.

I focused solely on increasing views to my site by:

By May, my pageviews increased from around 30K a month to 70K month.

That meant, I now qualified to switch over to a new ad network - which is a HUGE reason for the jump in my ad revenue. Because not only did my page views increase, but my new network paid me more per ad placement.

My income from ads alone increased by $792 for the month.

It didn't stop there. The next few months were even better! 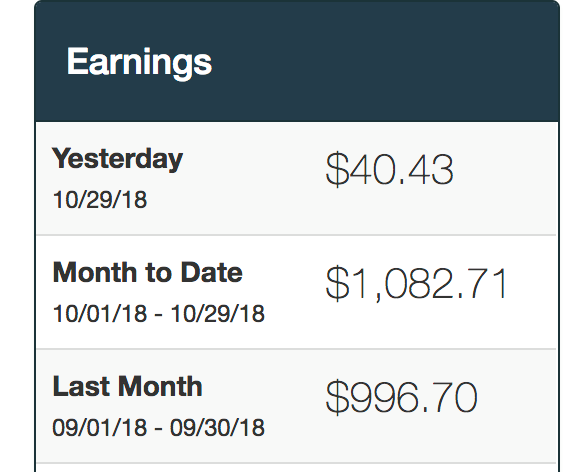 And its not unattainable!

I sat on my blog for 4 years before I enrolled in Lena’s class and then suddenly, it made complete sense why my posts weren’t getting read.

AND WHILE YOU WAIT ON THE COURSE TO REOPEN.....

Here are my recommended resources for more traffic: